Telimektar presents to all Free People of Middle Earth a heavy musical storytelling of the Battle of Pelennor Fields! Come witness the events on the fields of Pelennor which start in the hours before dawn on March 15 in the year 3019 of the Third Age. Witness the courage, the valor, the glory, the sorrow, the horror and the healing on the day which forever changed the lives of the people of Gondor and Rohan, and paved the way for the coming of King Elessar. 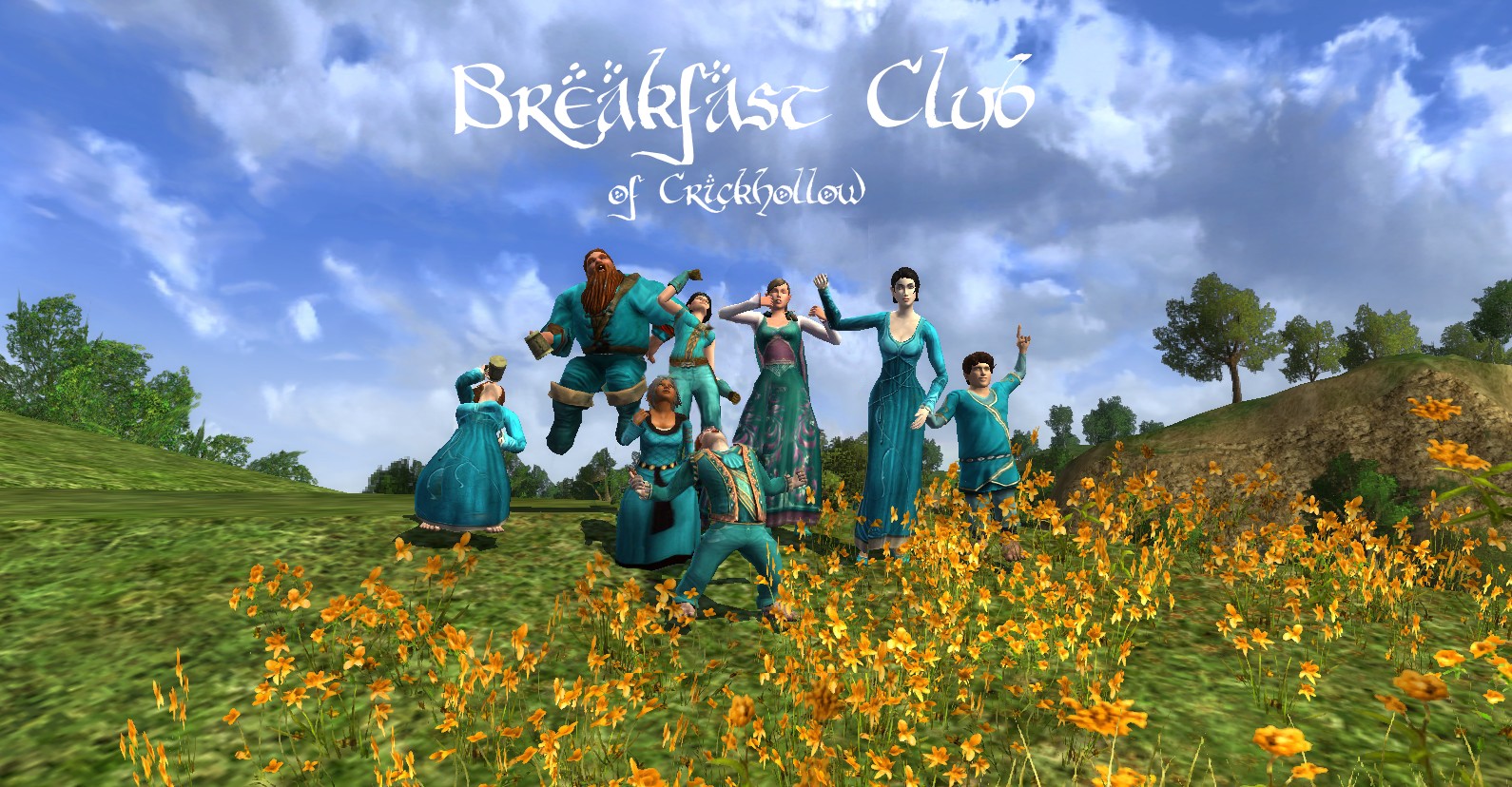 Breakfast Club plays every Saturday starting at 1 PM Eastern time at the Bree-town south gate in Crickhollow.  That's right--EVERY Saturday!  On the first Saturday of every month, they travel to Landroval, and you can hop over and see them there too. Either way, don't miss one of the most active and prolific bands in Middle Earth!

The Dulcet Tones Band, a group of wandering bards playing music every sunday at 4:30PM EST -5 GMT in Bree at the park across from the town hall and jail all welcome to join and listen!

No Whole Bard plays a monthly concert on Crickhollow in addition to their monthly one on Landroval.  Most of their concerts have a theme, but they also have the occasional "Mixed Baggins" concert featuring a variety of songs.  Watch them the last Sunday of every month at the Stage across from the Prancing Pony.  For more info, check out No Whole Bard. 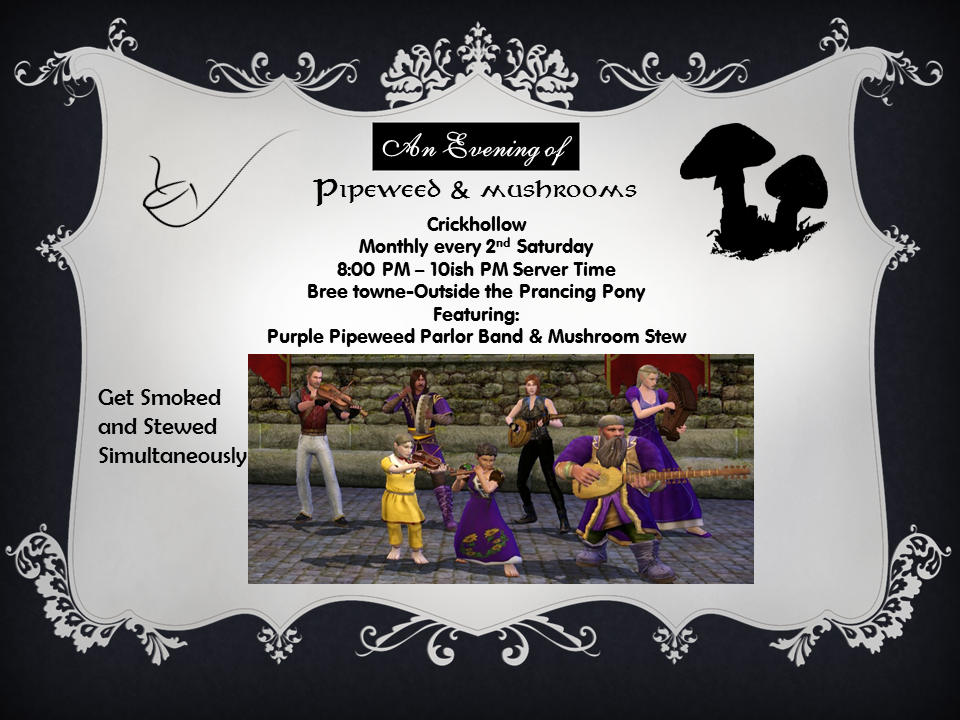 Visit Smoke Signals and Mushroom Stew for more info on both band's upcoming concerts and events.  And don't forget Elvish Music in the Courtyard every 2nd Sunday at 7:30 in Rivendell!